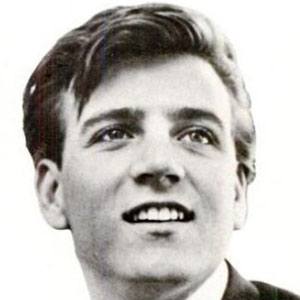 English pop singer who gained fame through his recordings of songs written by The Beatles' John Lennon and Paul McCartney. Some of his biggest hits include 'Bad to Me' and 'I Call Your Name,' both of which hit number one on the U.K.'s singles charts in the 60's.

He worked for British Railways and played rhythm guitar before focusing on a singing career.

He wrote the introduction to the number one New York Times best-seller The Fifth Beatle, released in 2013.

He is the youngest of seven children.

He was signed to Parlophone Records with the help of producer George Martin.

Billy J Kramer Is A Member Of