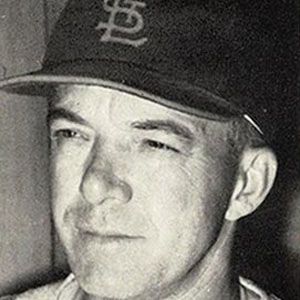 Hall of Fame baseball coach who finished with a .597 winning average, one of the best in baseball history.

He was a great hitter for 16 seasons, starting with the Indians in 1913 and ending with the Cardinals in 1929.

He was the first person to win the World Series as a player and a coach.

His cousin Bill Southworth also played in the major leagues.

Billy Southworth Is A Member Of