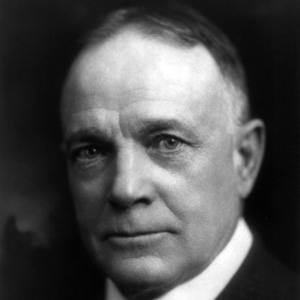 Popular baseball player who became an even more popular evangelist after his retirement.

Though he struck out his first dozen times at bat, and his career hitting averages were unremarkable for the age, he proved to be a great basestealer.

He had a religious epiphany one night coming home from a bar and seeing a street-corner preacher; he became a minister himself, with a popular fire-and-birmstone style that brought him much acclaim.

He was born in Ames, Iowa, and raised by his widowed mother with his two young siblings.

He counted the Rockefellers among his friends, and frequently dined with President Woodrow Wilson.

Billy Sunday Is A Member Of