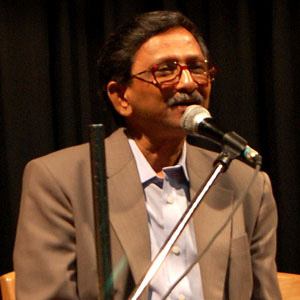 Bangladeshi poet and children's author whose literary works include Bhalobasar Kobita, Chadai Chhana, and Aguner Dim. Regarded as an important literary figure of his generation, he received numerous honors, including the Bangabandhu Memorial Award and the Poet Jibanananda Das Award.

He studied at Satkania College, the University of Chittagong, and Napier Polytechnic of Edinburgh.

He was instrumental in launching a new era of Bangladeshi poetry following The Liberation War.

He is a contemporary of Indian motivational writer Deepak Chopra.

Bimal Guha Is A Member Of