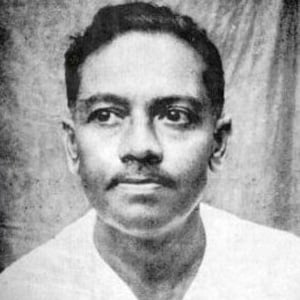 Bengali author who was recognized posthumously as the most important poet of the Indian post-Tagore period. His major poetry collections include Banalata Sen and Rupasi Bangla; he also published numerous short stories, novels, and nonfiction works.

He graduated from Presidency College, Kolkata and published his first poem in 1919.

He died from injuries sustained when he was hit by a streetcar, an incident that may or may not have been a suicide attempt.

He was unhappily married to Labanyaprabha Gupta. For many years, he was deeply in love with his cousin Shovona; he dedicated his first poetry collection to her.

His lifetime overlapped with that of the famous Bengali architect Faziur Khan .

Jibanananda Das Is A Member Of