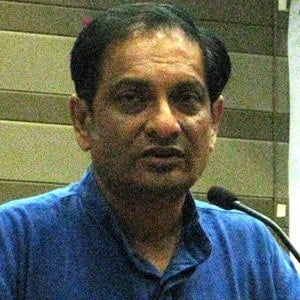 Indian pediatrician, public health specialist, and activist who has received the Gwangju Prize for Human Rights, and the Gandhi International Peace Award in 2011.

He published work in a medical journal called The Lancet.

He was a key player in the founding of Chhattisgarh Mukti Morcha's Shaheed Hospital, which is run and owned by both a worker's organization and a community NGO.

He married his girlfriend Illina Sen.

He is an Indian civil rights leader like John Dayal.

Binayak Sen Is A Member Of