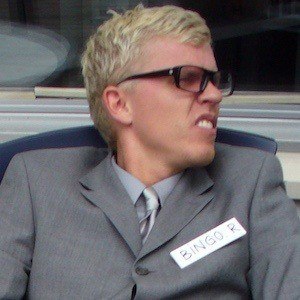 Swedish photographer, entrepreneur and editor of Moore magazine. His photography has appeared in known publications such as Playboy, Slitz, and Magazine Cafe. He is also co-founder of Bingo Models and the publishing company Lejon Media Gruppen AB.

He studied photography in college and graduated in 1994.

He had his own mini-series about his life called Sexy By Sweden on TV6 in 2006.

He has a daughter named Nova from a previous relationship with Erika Moen.

He has been compared to the likes of the founder of Playboy Hugh Hefner.

Bingo Rimer Is A Member Of