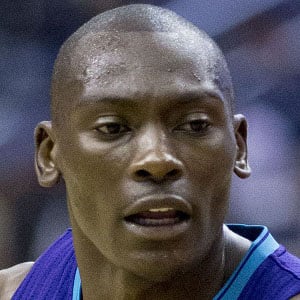 Congolese center who broke into the NBA in 2011 with the Charlotte Bobcats. He spent the 2015-16 season with the Toronto Raptors, then signed with the Orlando Magic.

He began his professional career with the Spanish team CB Illescas in 2009.

He was first discovered at the age of 16 at a youth tournament in Yemen.

He and guard Kemba Walker were both top 10 picks of the Bobcats in 2011.

Bismack Biyombo Is A Member Of