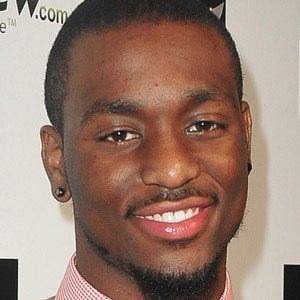 Selected 9th overall by the Charlotte Bobcats in the 2011 NBA Draft after leading the University of Connecticut to an NCAA Championship.

He was invited to play in the McDonald's All-American game after a stellar senior year at Rice High School in Harlem, New York.

During his senior season at UConn, he orchestrated one of the most impressive streaks in college basketball history, winning the Big East Tournament and the NCAA Tournament after his team wasn't even considered a legitimate title contender.

He was born to Paul and Andrea Walker. His siblings are named Sharifa, Akil, and Keya.

He was teammates with Jeremy Lamb and Shabazz Napier at UConn.

Kemba Walker Is A Member Of