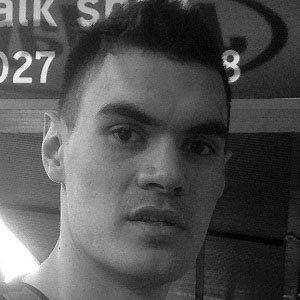 Seven-foot center who made his NBA debut in 2013 with the Oklahoma City Thunder after winning a New Zealand Basketball League title in 2011.

He was named to the Big East All-Rookie Team in 2013 while playing at the University of Pittsburgh.

He joined power forward Nick Collison on the Thunder in 2013.

Steven Adams Is A Member Of