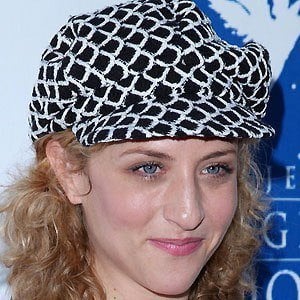 Actress best known for her roles in A League of Their Own and in the quirky detective series Monk. She has also appeared in episodes of Felicity, Kitchen Confidential, and Ghost Whisperer.

She attended the University of Maryland on a tennis scholarship and received a degree in advertising.

Her television credits include episodes of Felicity, Roswell, and Ghost Whisperer. She also appeared in films such as The Pallbearer and Marvin's Room.

She performed during the early 1990s in the Broadway production of Neil Simon's play Laughter on the 23rd Floor.

Bitty Schram Is A Member Of

Monk
A League of Their Own
54 Year Olds
TV Actresses