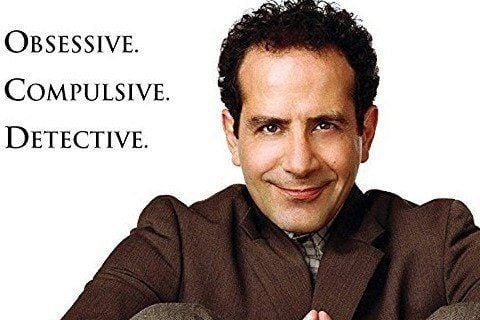 Comedic procedural about a detective who struggles with his obsessive compulsive disorder. The show was created by Andy Breckman.

The series won eight Emmy Awards in total during its run. The show also won one Golden Globe Award during its run for Best Actor - Musical or Comedy Series for Tony Shalhoub.