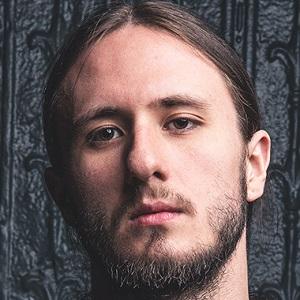 Rhythm guitarist for the melodic metalcore band Miss May I who recorded the band's first successful underground album Apologies for the Weak. The band’s third release, At Heart, charted at #32 in the Billboard Top 200 in its first week while their album Rise of the Lion charted at #21.

Music became a bigger part of his life as he began listening to bands like Limp Bizkit, Nine Inch Nails, and Slipknot in mid-elementary school. He began playing heavy metal music at the age of 15.

In 2006, he joined Miss May I when they were still a beginning local act. He was carrying a job locally in Troy, while the remainder of his fellow band members finished their higher education, post-high school studies.

He performs alongside Levi Benton in Miss May I.

BJ Stead Is A Member Of