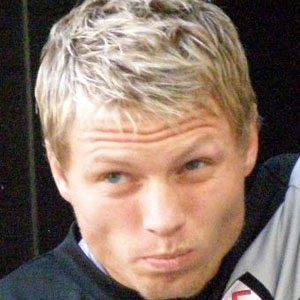 Midfielder who played three seasons for Fulham FC before joining Lillestrom for his second stint with the team in 2012.

He made his professional debut with Aalesunds FK in 2000.

He became a member of the Norwegian national team in 2006.

He married Lena Jenssen in 2010. The couple had three sons together: Noah, Filip and Levi.

He was teammates with John Riise on Norway's national team from 2006 to 2013.

Bjorn Riise Is A Member Of