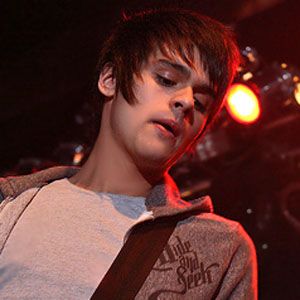 Best known as the founder of and guitarist for a Florida-based rock music group called Versa, this American musician released his first complete album with the band -- Fixed at Zero -- in 2010.

He and his future Versa collaborator, Anthony Martone, established a band called My Fair Verona during their high school years. When it was formed in 2006, Versa was known as VersaEmerge.

He and singer Sierra Kay became the two primary musicians in Versa.

In 2010, he became romantically involved with a businesswoman and artist named Charlavail Effron.

He worked with Lyndsey Gunnulfsen on the PVRIS album White Noise.

Blake Harnage Is A Member Of