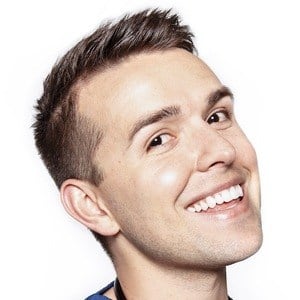 Social media star known as Nurse Blake, famous for his social work and advocacy, and for creating the parody outfit The Scrub Romper in 2017. He has 750,000 followers on Instagram.

He received his bachelor of science in nursing from the University of Central Florida.

He has over 1 million followers on Facebook. He is the founder of Banned4Life, a movement that worked to overturn the FDA's law against gay men donating blood.

He married Brett Donnelly in April 2016.

Edgar Mendoza is also a male nurse with a prominent social media following.

Blake Lynch Is A Member Of