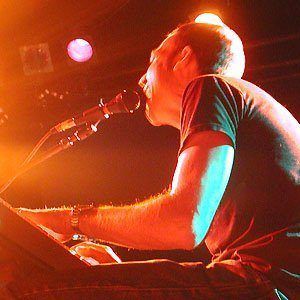 Singer, guitarist, and songwriter who was involved with several popular projects including Jawbreaker and Jets to Brazil.

He received a Bachelor's degree in English literature and creative writing from NYU.

He has worked as a professor of undergraduate English at Hunter College in New York.

His family moved between Berkeley, California and Boulder, Colorado when he was a child.

His work with Jets to Brazil is often compared to that of Jeff Tweedy's band Wilco.

Blake Schwarzenbach Is A Member Of