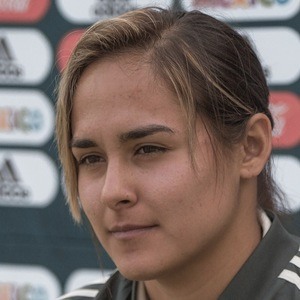 Goalkeeper for the Mexican soccer team Guadalajara of the Liga MX Femenil. In 2017, she was called up to play for Mexico's national team for the first time.

She was one of the first three goalies to play for Club Deportivo Guadalajara during the team's debut season.

She was named the best goalkeeper of the 2017 Apertura tournament.

She and fellow soccer player Javier Hernandez were both born in Mexico.

Blanca Félix Is A Member Of