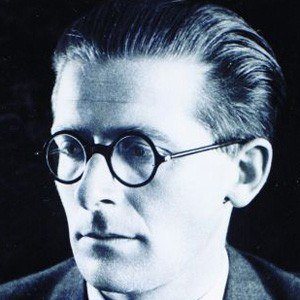 Composer who was known not only for his film music, but also for his nine symphonies, choral pieces, chamber pieces, and lieders.

He studied at the Ljubljana and New Vienna Conservatories. He spent time in the Dachau concentration camp.

He worked at the Academy of Music in Ljubljana as a professor of composing.

He was born in Luče, Lower Styria in Austria-Hungary. He was a self-taught accordionist.

He and Roger Sessions were both celebrated symphony composers.

Blaz Arnic Is A Member Of