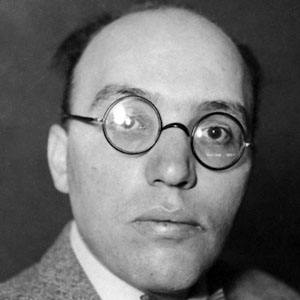 Composed numerous songs for musicals. He was best known for The Threepenny Opera, which was written with Bertolt Brecht.

He attended the Berlin University of the Arts.

He was honored with a Tony Award for Best Composer for the Broadway musical Street Scene in 1947.

He was born to Albert and Emma Weill, two highly religious Jewish parents.

He was married to Lotte Lenya.

Kurt Weill Is A Member Of