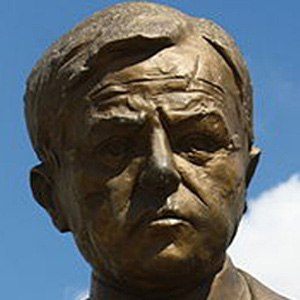 Macedonian poet, author, scholar, translator, and Herder Prize recipient who is best known for works such as Mostot, Zapisi, and Vezilka.

He matriculated at the University of Belgrade as a medical student, but changed his course of study to Serbian literature and language.

He helped to codify the standard Macedonian language and was an editor of the Macedonian Dictionary.

He was born into a prominent family of Serbian nationalists.

He translated the work of German poet Heinrich Heine.

Blaze Koneski Is A Member Of