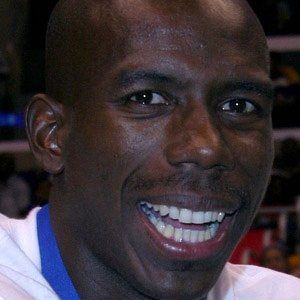 Former NBA power forward who is most well known for playing for the Orlando Magic and the Phoenix Suns.

He led the NCAA in field goal percentage while shooting 68.4% for the University of Houston in 1993.

He was feared in the NBA for his strong defense and athletic plays.

He grew up in San Antonio, Texas.

He played alongside star point guard Steve Nash on the Suns.

Bo Outlaw Is A Member Of