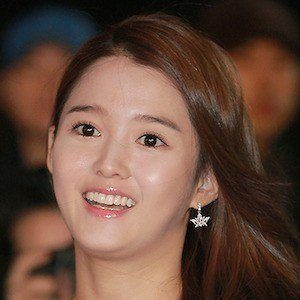 Actress who is perhaps most famous for her role as Kim Saet-byul on the romantic drama series Sarangman Halrae. She has also given acclaimed performances on shows like Only Love, which earned her the New Star Award at the SBS Drama Awards.

She made her acting debut on the series Look Back With a Smile in 2006.

She briefly dabbled in music, releasing the single "Project Bad Love" in 2009.

She has twelve siblings and is the second-oldest child in her family.

Bo-ra Nam Is A Member Of