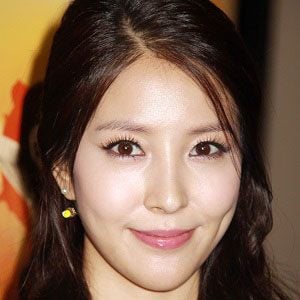 Often referred to as "The Queen of Korean Pop." She is a popular South Korean singer known for singles like "Eat You Up."

She was born Kwon Boa and was discovered during an SM Entertainment talent search at age eleven.

Her stage name is a backronym for Beat of Angel.

She was raised with two brothers named Kwon Soon-hwon and Kwon Soon-wook.

She recorded the charity single The Meaning of Peace with Japanese singer Kumi Koda.

BoA Is A Member Of