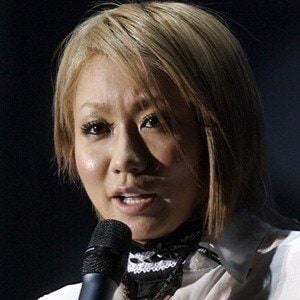 Born Kumiko KÅda, she became known for her J-pop and urban R&B songs, including "Butterfly" and "Maze."

Her seventh single, "Real Emotion/1000 no Kotoba," was used as the theme song for the videogame Final Fantasy X-2.

She married Kenji in 2011 and they welcomed a son in 2012. Her mother was a Koto teacher and her younger sister, Misono, was the singer for the group Day After Tomorrow.

Her genre of music, J-pop, is rooted in 1960s pop music such as The Beatles. John Lennon wrote many of the songs that influenced her.

Kumi Koda Is A Member Of