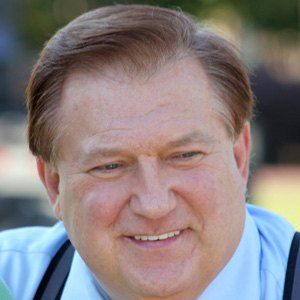 Political analyst with the Fox News Channel and the co-host of The Five. He was also a columnist for USA Today. He died at the age of 73.

He earned a B.A. from Wagner College and became the youngest deputy assistant secretary of state for the Carter administration.

He admitted to a past cocaine addiction on a 2011 episode of The Five. He became a commentator at CNN after leaving Fox News. In 1984, he was in charge of running Democrat Walter Mondale's presidential campaign, which ended up being unsuccessful. Throughout his career, he worked at Fox News on two separate occasions.

His brother is actor Graham Beckel.

Bob Beckel Is A Member Of