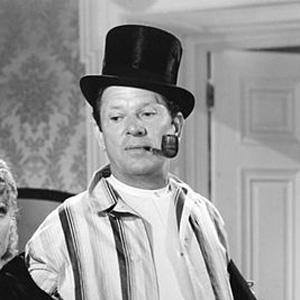 Entertainer who invented a novelty musical instrument called the "bazooka" and told hillbilly stories as part of his performances.

He studied civil engineering and worked as a peanut farmer.

He was a sergeant in the U.S. Marine Corps in World War I and in the Corps's jazz band in Europe.

He married Elizabeth Fisher in 1921, then married "yodeling hillbilly" actress Judy Canova and remarried Harriet M. Foster in May 1939.

He played on the radio program Kraft Music Hall, which was hosted by Bing Crosby.

Bob Burns Is A Member Of