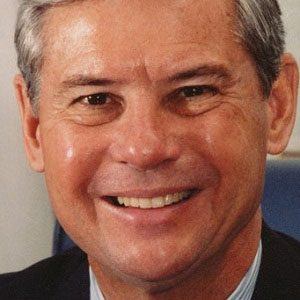 Democratic politician who served as thirty-eighth Governor of Florida. From 1987 until 2005, he also served as a Florida representative to the United States Senate.

After graduating from the University of Florida, he earned a law degree from Harvard University.

He published his debut novel, a thriller entitled The Keys to the Kingdom, in 2011.

He and Republican Jeb Bush both served as Governor of Florida.

Bob Graham Is A Member Of