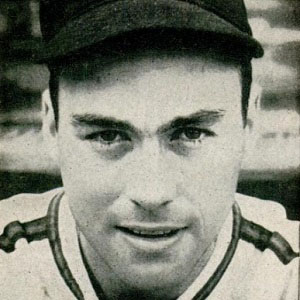 After playing for the Chicago White Sox and Cleveland Indians during the 1940s and '50s, this third baseman and outfielder became a prominent sports executive for the Chicago Cubs, St. Louis Cardinals, San Francisco Giants, Houston Astros, and Oakland Athletics.

He joined the major leagues when he was only sixteen years old and played 150 games during his first season.

He put his athletic career on hold to serve in World War II.

He was the father of sports manager and baseball catcher Terry Kennedy.

During his single season with the Baltimore Orioles, Kennedy scored a grand slam to the pitch of New York Yankee Allie Reynolds.

Bob Kennedy Is A Member Of