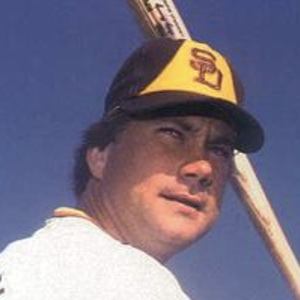 4-time MLB All-Star catcher who played for the Cardinals, Padres, Orioles, and Giants; won the Silver Slugger Award in 1982.

He was a two-time All-American and Sporting News College Player of the Year at Florida State University.

His only championship victory came as a coach for the San Diego Surf Dawgs in the Golden League in 2005.

His father also played in the majors and later became a manager.

He coached Hall of Famer Rickey Henderson in his last season as a professional player with the Surf Dawgs.

Terry Kennedy Is A Member Of