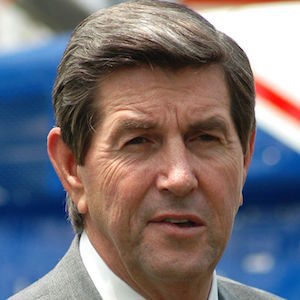 Republican politician who became the 52nd Governor of Alabama in 2003. He previously served in the U.S. House of Representatives from 1997 to 2003.

He attended the University of Alabama and graduated with a degree in business administration.

He declared a state of emergency for the approaching Hurricane Katrina on August 28, 2005.

He has children named Krisalyn, Minda, and Rob.

He was linked to the Jack Abramoff scandal after it was revealed that he signed a letter on behalf of the U.S. Family Network, which was a front for operating casinos.

Bob Riley Is A Member Of