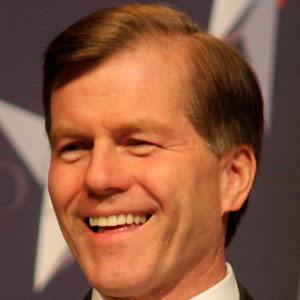 Republican who took office as the 71st Governor of Virginia in 2010. He and his wife, Maureen, were indicted on federal corruption charges in 2014 due to possibly improper gifts they received from political donors.

He earned his J.D. from Regent University after earning an MBA from Boston University.

He was the attorney General of Virginia before deciding to run for governor in 2009.

He has five children with his wife Maureen Patricia Gardner.

He first gained attention as his state's Attorney General, much like Pennsylvania's A. Mitchell Palmer.

Bob McDonnell Is A Member Of