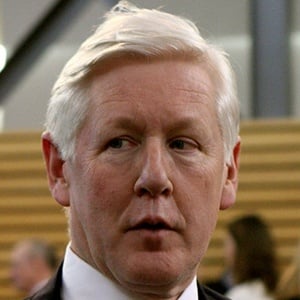 Canadian lawyer and politician who was a member of Parliament for Toronto Centre from 2008-13. He was also once the interim leader of the Liberal Party of Canada and the head of the Ontario New Democratic Party.

He was awarded a Rhodes Scholarship to the University of Oxford.

He was named a Special Envoy of Canada to Myanmar in October 2017.

He married journalist Arlene Perly in 1980. They have daughters named Judith, Lisa and Eleanor. His father Saul was a career diplomat and his mother's name was Lois.

He was an adviser to Canadian Prime Minister Justin Trudeau on the Rohingya crisis in 2017.

Bob Rae Is A Member Of