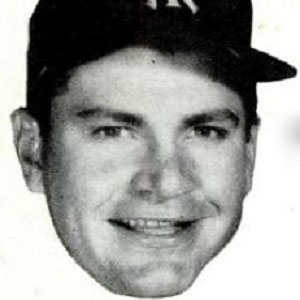 Three-time All-Star pitcher who won the Cy Young in 1958 with a league-leading 21 wins; he also won two World Series Championships with the New York Yankees.

He pitched at East St. Louis Senior High School as a starter and reliever.

He was not known for his control, leading the league in walks three times and issuing more than 100 walks during four separate seasons.

Speedy, power-hitting center fielder Mickey Mantle was his teammate on the Yankees.

Bob Turley Is A Member Of