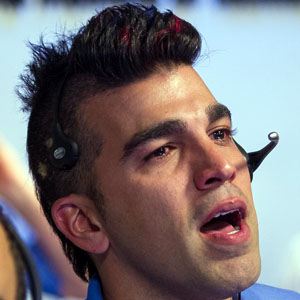 Jet Propulsion Laboratory engineer on the Mars Curiosity mission. He is known as the "Mohawk Guy" and President Obama singled him out during a speech congratulating his team.

He earned an aerospace engineering degree from the University of Washington.

His unique hair cut and style earned him the nickname the Mohawk Guy.

He was raised by Iranian immigrant parents in San Francisco and Tokyo.

He was a featured guest at Barack Obama 's 2013 State of the Union address.

Bobak Ferdowsi Is A Member Of