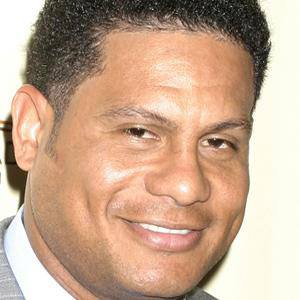 2-time All-Star outfielder who won the Silver Slugger award in 2004 and the Home Run Derby in 2005.

Before entering the Majors in 1996, he was the Houston Astros Minor League Player of the Year.

After two years with the Houston Astros, he played for the Philadelphia Phillies from 1998 to 2006.

He was nicknamed the 'Candy Eater' in honor of his late father, Nelson.

Bobby Abreu Is A Member Of