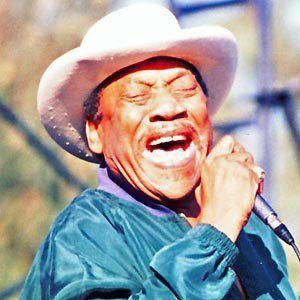 Blues and soul singer who was inducted into the Blues Hall of Fame in 1981 and received a Grammy Lifetime Achievement Award in 1997.

He moved to Memphis in 1947 and started singing gospel music in groups that included The Miniatures.

He collaborated with B.B. King for two albums in the 1970s.

He was born to his father, I.J. Brooks, who abandoned him as a child and later took his stepfather, Leroy Bland's last name.

Ike Turner suggested he record singles for Sun Records in the 1950s.

Bobby Bland Is A Member Of