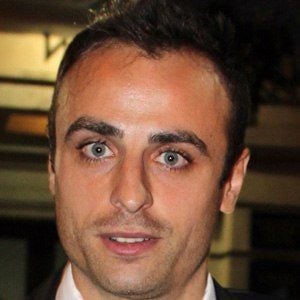 Bulgarian striker who played for Tottenham Hotspur from 2006 to 2008 and Manchester United from 2008 to 2012. He was a member of the Bulgarian national team from 1999 to 2010. He has also played for Monaco and the Greek team PAOK.

He turned professional at 17 and made his debut with CSKA Sofia.

He had one of his best season in 2010-2011, when he scored 20 Premier League goals on his way to earning the Golden Boot Award.

He has a daughter, Dea, with longtime partner Elena Shtilyanova.

He was teammates with Wayne Rooney on Manchester United before he left the team in 2012.

Dimitar Berbatov Is A Member Of