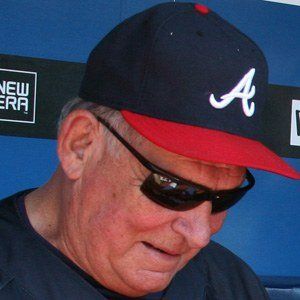 Longtime Atlanta Braves manager and former third baseman who won a World Series Championship both as a player and as a coach.

He was known for being argumentative with umpires and he set a Major League record with 158 ejections.

He selected Chipper Jones with the first pick in the 1990 MLB Draft.

Bobby Cox Is A Member Of