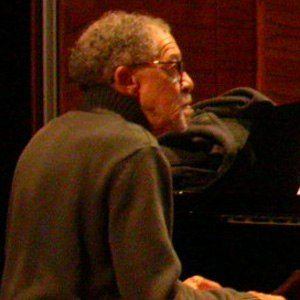 Jazz artist known for delicate, lush romantic melodies and for his unique use of the sustain pedal.

He moved to New York where he worked with singer Brook Benton and saxophonist Jackie McLean while leading a trio from 1958 until 1964.

He began touring with American saxophonist Avram Fefer in 2001. The two recorded several CDs together.

His family raised him in the Cleveland neighborhood of Shaker Heights. He began studying classical piano while he was young.

He played with future avant-garde jazz saxophonist Albert Ayler while the two were in high school.

Bobby Few Is A Member Of