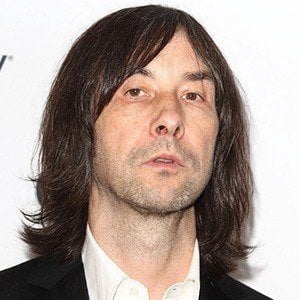 Scottish lead singer of the alternative rock band Primal Scream, the group known for songs like "Movin' On Up" and "Kowalski."

He began his music career working as a roadie before becoming the drummer for The Jesus and Mary Chain.

His band has had an evolving sound, dabbling in the indie, alternative, house, and experimental genres.

He has two sons named Wolf and Lux with stylist Katy England.

He is an accomplish Scottish musician, much like Jack Bruce .

Bobby Gillespie Is A Member Of