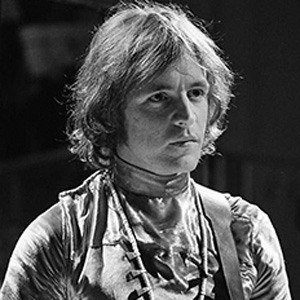 Bass guitarist who is best remembered for his time with the supergroup Cream, known for such hits as "Sunshine of Your Love," "White Room" and "Crossroads." He also performed with John Mayall and Frank Zappa.

He left college after they disapproved of his interest in jazz.

He wrote a number of songs and also sang lead vocals on multiple tracks for Cream.

He was married to Janet Godfrey, but they divorced in 1980.

Alongside him in Cream were legendary guitarist Eric Clapton and world class drummer Ginger Baker.

Jack Bruce Is A Member Of