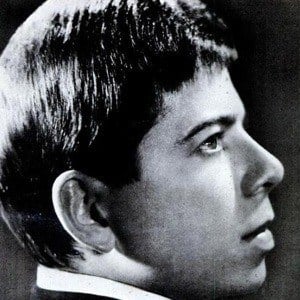 Pop singer who recorded the song "Honey" in 1968, which has sold more than one million copies. He has worked as a songwriter, releasing Gold-certified songs like "See the Funny Little Clown."

He left Auburn University after his second year to pursue music and played guitar for Roy Orbison for two years in the early 1960s.

He married Dianne Goldsboro in 1985.

On the Billboard Hot 100 list, Goldsboro had eleven top forty hits and Rick Nelson had the first #1 song on that list, "Poor Little Fool."

Bobby Goldsboro Is A Member Of