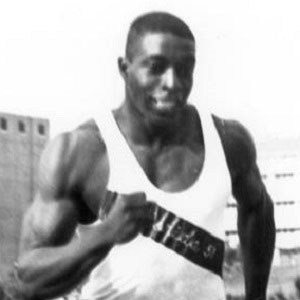 Olympic sprinter who became a Hall of Fame wide receiver with the Dallas Cowboys in the NFL, known as Bullet Bot.

He set multiple world records, including in the Olympic 100-meter dash, which he ran in 10.06 seconds, despite competing in a worn lane while wearing borrowed shoes.

He was the second Olympic gold medalist to be inducted into the Pro Football Hall of Fame, and the first one to win a Super Bowl ring.

He grew up in Jacksonville, Florida.

Jim Thorpe was another Olympian turned NFL star, though he never won the Super Bowl.

Bobby Hayes Is A Member Of