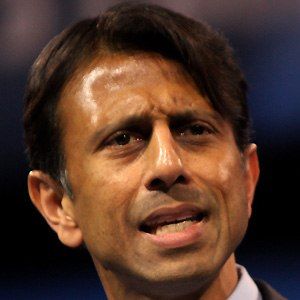 55th Governor of Louisiana who was named chairman of the Republican Governors Association in 2012. He served in the House of Representatives from 2005 to 2008 and was only the second Indian American ever elected to Congress.

He studied biology and public policy at Brown University from 1988 to 1991.

He delivered the Republican response to President Obama's address to Congress in February 2009.

He married Supriya Jolly in 1997; they have three children named Slade, Selia and Shaan.

He was appointed as the principal adviser to the United States Secretary of Health and Human Services by President George W. Bush. in 2001.

Bobby Jindal Is A Member Of