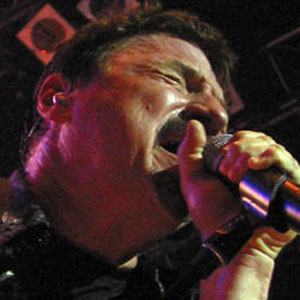 Singer who was the first frontman for the rock band Toto, known for the hit song "Africa"; he also pursued a solo career while away from Toto.

He began as a vocalist for local New Orleans bands, such as The Levee Band and, later, Le Roux.

He wrote "You Are the Flower" for his audition with Toto; it ended up being included on their debut album.

He was born in Orange, Texas, but his parents resided in Vinton, Louisiana. Vinton did not have a hospital, so his mother had to cross state lines to give birth.

He parted ways with Toto in 1984 and was replaced by Steve Lukather, only to rejoin the band in 1998.

Bobby Kimball Is A Member Of