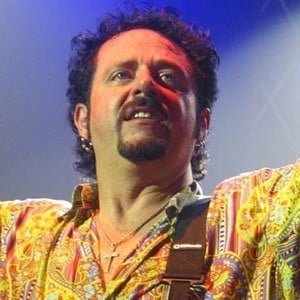 Guitarist, singer, and songwriter who played with the rock band Toto, the group known for songs like "Africa."

He taught himself to play the guitar and keyboard at age seven. He helped co-found Toto with his friends in 1976.

He shares four Grammy Awards with Toto, including Album of the Year and Producer of the Year.

He played the guitar for multiple tracks on Michael Jackson's album Thriller.

Steve Lukather Is A Member Of