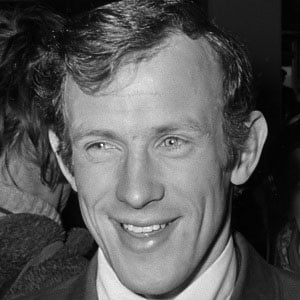 This Scottish soccer legend helped lead the Celtic Football Club's "Lisbon Lions" team to a 1967 European Cup win in Lisbon, Portugal, against Italy's Internazionale Milano F.C. Over the course of his career, he scored 167 goals for Celtic and also appeared in ten international matches for the Scotland national football team.

He played his youth career for the Ardeer Recreation F.C. From 1966 to 1968, he was also a member of the Scottish League XI national team.

He played one season for the American soccer team the Houston Hurricane before rejoining the Celtic F.C. in late 1978.

Born Robert Lennox, he spent his youth in Saltcoats, Scotland. His son, Gary Lennox, became a professional footballer for the Falkirk, Ayr United, and Dundee clubs.

He and David Hay (most well known as a midfielder for the Chelsea F.C.) both played for the Celtic F.C. in the late 1960s.

Bobby Lennox Is A Member Of