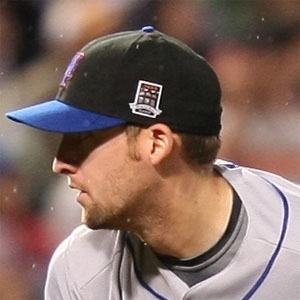 Hard-throwing reliever who made his MLB debut for the New York Mets in 2008 and took over closing duties in 2013.

He was a starter in the minor leagues before being converted to the bullpen.

Former veteran teammate Jason Isringhausen taught him to throw a knuckle-curve, giving him the secondary pitch he needed to be more effective.

He grew up in Salisbury, North Carolina.

He joined speedy shortstop Jose Reyes on the Mets in 2008.

Bobby Parnell Is A Member Of