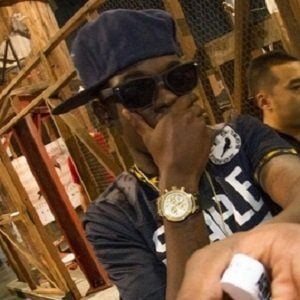 Also known as Ackquille Pollard, he is a charting rap artist who was signed by Epic Records. He gained notoriety for his dance called the Shmoney.

The first song he ever remixed was Crime Mob's "Knuck if you Buck."

He has been in trouble with the law, being arrested for felony criminal possession of a weapon.

He was born in Miami, Florida, but is based out of Brooklyn, New York.

His most notable single has been remixed by artists including Lil Kim, French Montana, and Juicy J.

Bobby Shmurda Is A Member Of